The Empatica Embrace2 seizure alert watch was bought for me following a significant increase in my tonic-clonic seizures. The Embrace2 was bought pretty soon after my last tonic-clonic seizure. I was alone waiting for a bus in the middle of the city centre with no friends or family around. My medical history was unknown to the medics and my family was only alerted by a kind member of the public who used my phone to reach out to them.

I’ve had the Empatica Embrace2 seizure alert watch for 2 months now. It most certainly would’ve been useful during my last seizure, which is why I ended up with it in the first place. Luckily I haven’t had any seizures since the one pre-Embrace2, but I’ve still gotten a pretty good idea of how responsive it is and its pro’s and con’s.

If you haven’t got much time, here’s the pro’s and con’s summed up, but of course keep reading if you want a more in-depth review:

How does Empatica Embrace2 work?

The Embrace2 seizure alert watch pairs itself with the Empatica Mate app via bluetooth. It then uses various technologies to help detect tonic-clonic seizures and alert caregivers. Caregivers are sent an SMS, a phone call and the exact location of where the seizure alert is coming from. This is a very brief summary of how it works, if you want more detail check out the official Empatica Embrace2 page here.

1. The Empatica Embrace2 is 100% more accurate than seizure alert apps

In the past, I’ve tried to use seizure alert apps on my phone that detect seizures by the movement from your phone. But if you’re anything like me you’ll quickly find that these apps are useless. I’m one of the clumsiest people you can find, so apps that detect seizures based on phone movement are pointless. Every time I dropped my phone, seizure alerts were sent to my family – and I drop my phone a lot.

The Embrace2 is a lot more accurate than any apps I’ve tried. Its’ technology can decipher between my clumsiness and real seizures. Meaning that my family isn’t told I’m having a seizure every time I drop my phone after stubbing my toe because I wasn’t looking where I was going.

2. The Empatica Embrace2 can boost confidence

Using the Empatica Embrace2 has no doubt helped to build my confidence back up. It gives the reassurance that if I did have a seizure, someone will be alerted and will know my location. The watch alone didn’t build my confidence up, but it helped a lot.

There is always a risk of drowning in the bath or shower if you were to have a tonic-clonic seizure. I love a relaxing bubble bath and one of the key components to said relaxing bubble bath, is having some time to myself. By wearing the Empatica Embrace2 seizure alert watch, I can be left alone knowing that if I were to have a seizure, someone would be there in seconds to help.

4. Caregivers are alerted within seconds

Although I haven’t had a seizure since having the Empatica Embrace2, there have been a few false alarms. The reaction time is rapid – it detects a potential seizure within seconds. If the alert isn’t cancelled within 15 seconds, your caregivers are alerted and your location with them is shared.

Even though there isn’t much you can do when someone is having a tonic-clonic seizure, time is still crucial. A quick alert could mean that someone can move you out of harm’s way, time the seizure and get medical assistance as soon as possible if you’ve injured yourself as a result.

As I mentioned earlier, there have been a few false alerts. So as advanced as the technology is, it isn’t faultless. The good news is that based on how quickly the Embrace2 picked up on the false alarms, I’m confident that it will detect actual tonic-clonic seizures.

The mentioned false alarms seem to happen mostly when I’m in the car or horse riding. Granted horse riding isn’t everyone’s sport but because of the sensitivity of the watch, I can’t wear the watch when I’m riding. If I did, it would be sending out alerts constantly. False alarms in the car tend to be set off by potholes and bumpy roads. So if the roads where you live are well maintained, this isn’t’t something you have to worry about! Each and every seizure alert is reviewed, so if there is a false alarm, you can send feedback to help the watch improve.

Embrace2 has 2 ways to cancel seizure alerts, either via the watch itself or on your phone. I opt for cancelling false alarms on my phone because I’ve found my watch doesn’t always recognise the ‘double-tap and hold’ to cancel the alert. This isn’t a big deal, because your phone has to be in range anyway for your Empatica Embrace2 to stay connected.

As much as the Embrace2 looks sleek, as far as medical wear goes, it isn’t the most comfortable for sleeping. I’ve found that the corners of the watch can dig in during my sleep – but then again, that depends on how you sleep. If you sleep on your back, then I imagine it’s unlikely you’ll have this problem.

It can also be a little uncomfortable when the strap gets wet. It doesn’t hold water, but it doesn’t dry particularly fast either. This isn’t a big problem at all, just a slight annoyance and it definitely doesn’t outweigh the benefits.

Personally, I think some sort of seizure alert should be given out as standard – but sadly it isn’t. The Empatica Embrace2 seizure alert is $249 for the watch itself (plus shipping from the US), with an ongoing subscription of £9.90/month. For some people, this might not be much money at all, but for others finding the extra money isn’t easy.

Would I recommend the Empatica Embrace2?

In short – yes I would highly recommend the Embrace2 seizure alert watch. It has plenty of benefits which outweigh its downfalls. The Empatica Embrace2 might be perfect, but it helps to keep me safe by alerting caregivers. It boosts my confidence in spending time alone which can only be good for my mental health.

If the Empatica Embrace2 isn’t within your budget, it isn’t the end of the world. I’ve lived with epilepsy for 8 years without it and I’m still here. All I can recommend is to take extra precautions to keep yourself safe such as not living alone, keeping in touch with people regularly and indulging in some self-care to help minimise stress which is quite a common seizure trigger.

I do hope that this review of the Empatica Embrace2 seizure alert watch is useful and will help you to make a decision on whether or not you invest in one! If you have anymore questions or have your own experience with the Embrace2, please let me know in the comments below!

I guess it isn’t for everyone! Did you contact Empatica support about your issues with it? I’ve had to contact support in the past and they were really helpful, they reset my watch from their end and then my connection issues were fixed pretty quickly. Their emails did go into my spam so I’d double check that if you do decide to contact them.

I bought one of these for my husband. It is HORRIBLE. First, the instruction booklet is written in a font size made for a hummingbird. I literally have to read it with a magnifying glass! Then, I have never gotten it to work. We’ve had it over the 30 day trial period so I can’t return it. Finally today I got it paired with his phone. Then, 5 minutes later it has turned red and says it isn’t connected to his phone, even though it is 5″ from it. We have enough stress in our lives, we don’t need this adding to it. Then, we have to get a Rx from a doctor for it. His doctor has never heard of it and wants to see info on it before she’ll write the Rx. Seriously? I would never recommend this to anyone. Oh, if you want more than one person alerted, it is an extra charge per month. I hate this thing.

Sorry to hear about your son’s injuries, it can be tough with epilepsy but it ultimately makes us stronger even though it can be hard to see at times. At first, I wasn’t keen on using the Embrace 2 watch but it does give me so much more peace of mind now knowing that if I were to have a seizure help would be on the way.

The Embrace 2 doesn’t warn you of an impending attack, it only notifies you once a grand mal seizure/convulsing has already begun. It does tell the user if a help alert has been sent out to caregivers, either via the watch vibrating or a notification on your phone.

I’ve only used the Embrace 2 so other than the differences that you’ll find on their website, I wouldn’t be able to give you a comparison of them. So far I’m glad I’ve got the Embrace 2, although it isn’t perfect it does help me feel more comfortable in general.

My son has epilepsy. He has an Embrace from Empatica given to him some time ago. He recently had a seizure which left him with a black eye and leg bruises. He has not used the Embrace, but since this last seizure, he may be interested in giving it a try during the day.

(btw – How is the Embrace 2 different from the original Embrace?)

Would you tell me if it ALSO alerts the WEARER of an IMPENDING attack, or is it only the caregiver who is alerted? Thank you for your response. Suzanne

[…] are different seizure detection devices out there, but I went with the Empatica Embrace2 Seizure Watch. It’s a little pricey but it definitely puts my mind at […] 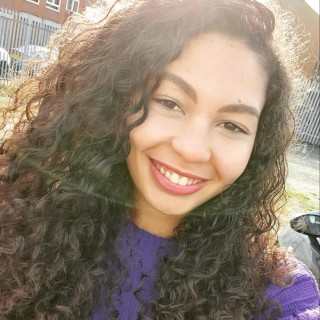 How to get the most from your neurologist appointment